Feeding the planet is the theme of Expo 2015 and the fundamental aim of this century.

At the end of the ‘700 the Anglican pastor T.R. Malthus with his book (1) gave a warning claiming that the population would tend to increase in geometric progression, then faster than the availability of food, which would grow instead in arithmetic progression. This situation would lead quickly to an acute deficiency of food and a general impoverishment of the entire population. His alarm led to the development of Malthusianism, an economic theory that attributes mainly to population growth the problem of hunger in the world and considers useful any intervention that might prevent a gradual population growth.
His theory was attacked by many researchers, who remembered how the discoveries of science and the technology developments have always allowed the man to overcome difficulties of growth and find useful resources for society. In fact if it has gone from less than a billion people on the planet in 1800 to the current seven billion, this has been possible thanks to the new technologies introduced in agriculture and to the extension of arable land, although it will be very challenging effort that await us in the coming decades to fill the inequalities and to feed future generations.

The Expo 2015 in Milan has set the goal of how to feed a world increasingly populated, which still retains enormous disparities. It risks to exhaust natural resources if not eliminates waste (approximately 1/3 of the food produced) and fails to safeguard the ecological balance for future generations. 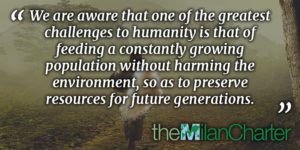 The Milan Charter (2)  drawn up by the Italian Government with international organizations (UN, FAO), is the basis of Expo 2015, considers the right to food as a fundamental human right and condemns as unacceptable a food system in which:
• More than two billion people worldwide are malnourished, while another two billion are overweight;
• At least 1.3 billion tons per year of food are wasted and destroyed in the path of the food chain;
• The fishing is carried out by exploiting the fish resources for the 30% over the capacity for their regeneration;
• Every year disappear over 5 million hectares of forest, severely damaging for the climate and for the care of biodiversity.

Starting from this context and in view of a planet populated by more than 9 billion people who will have to be fed without discrimination, the Milan Charter commits all signatories, whether they are ordinary citizens, companies or governments, to overcome these situations by intervening on nutrition education, preservation of natural resources, reviving agriculture and cooperation between small producers. The Charter recognizes that “one of the greatest challenges facing humanity is to feed a growing population without damaging the environment, in order to preserve resources for future generations too.”
According to the 2015 FAO report forecasts (3), the agricultural production of the main food will increase between 10 and 25 percent over the next decade, a significant increase, but to meet the growing demand for food of the world population would an increase of 60%, a percentage difficult to reach in the coming years. To overcome this limitation are acting, though on opposite sides, both investors in Silicon Valley, financing small and large companies “food-tech” oriented on biotechnology and laboratory foods, both supporters of smart city where urban gardening, domestic greenhouses, hydroponic crop (with clay and water) are used to produce food at Km zero and steal to cement green areas in the city with the “urban farming“.

Despite the development of farming, also meat production would not be sufficient to satisfy global demand and 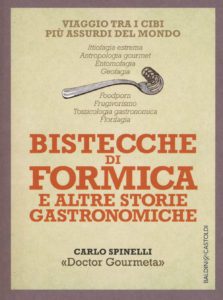 some of the solutions today proposed seem difficult to implement. On one hand, the researchers have managed to produce steaks from adult stem cells from bovine muscle, the other also FAO is sponsoring a wider spread of entomophagy (4) , that is the custom to feed on some of the 2,000 species of insects edible, as they already do at least 2 billion people in the world. In this regard it has recently released a book by Carlo Spinelli (5) (Steaks and other ant gastronomic stories) that addresses in a joking way the theme of the flesh insect. The European Parliament in its session of October 28, 2015 has approved at first reading a Regulation for the authorization of the “New Food” (Novel Food) and the European Food Safety Authority (EFSA), based in Parma, has produced a scientific opinion (6) on the risks arising from the use of insects as food and feed, proposing certain conditions which must be transposed into European standards.
The Californian company Beyond Meat, also financed by Bill Gates, is doubling sales every year with its production of vegetable meat substitutes. Starting from vegetable fibers, grain, soya, peas and more are produced hamburgers or slices that have similar proteins to those provided by animal products. Compared to animal meat these vegetable substitutes are free of cholesterol and saturated fat, but do not provide those nutritional needs that favor the development of hemoglobin and other vital substances.
A heated debate has opened in the scientific world on the use of GMOs (Genetically Modified Organisms) for human and animal consumption, and at the time the production and research on this type of food is allowed in the United States, India and China while the vast majority of the EU countries has excluded the cultivation and use of GMOs on their territory, not believing a proven absence of adverse effects of GMOs on human health.
One of the most valuable resources for life on Earth is undoubtedly the water, which covers 71% of the earth’s surface to a volume of about 1,400 km3. Unfortunately, only 3% of this water is not salty, and if we take away the fresh water contained in the poles and in glaciers, fresh water available for human uses is the only 1%, or about 10,000 km3. This quantity up to now has been sufficient for the required consumption, although it is still poorly distributed. Considering that fewer than 20 countries possess 60% of global water resources, it’s understandable that today for entire planet’s areas the water is still a precious resource. Some countries without water, but with significant financial resources such as Kuwait and other Arab countries, are investing in desalination of sea water, while for many African countries water continues to be a mirage.

An alarm on the shortage of drinking water is launched by the “Water-Aid,” which recalls how today 1/10 inhabitants of our planet do not have clean drinking water and risk of contracting serious diseases only to drink. 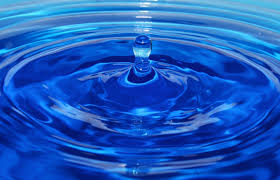 For this reason in November 2014 Water-Aid has delivered to the President of the UN an appeal signed by over 35 medical Associations from around the world, which called as a priority to provide drinking water and adequate sanitation to the entire population within the next 15 years.
But drinking water not only can save lives. In fact, according to the World Health Organization, every euro invested in water and sanitation increases productivity by 4 times and then provides a vital boost to the development of the poorest countries in the world.
Many international organizations are focusing on increasing the progressive consumption of drinking water in recent decades, calling on governments and citizens greater attention to waste this “blue gold” that during the twenty-first century will become increasingly valuable, up to cause wars for control of the sources, as was the case in the past for oil sources.

———————
(1) Thomas Robert Malthus – An essay of the principle of the population as it affects the future improvement of society (Essay on the Principle of Population and its effects on the future development of the company) – London, John Murray, C Roworth, 1826.
(2) http://carta.milano.it/wp-content/uploads/2015/04/English_version_Milan_Charter.pdf
(3) OECD-FAO Agricultural Outlook 2015 – OECD Publishing – Paris.
(4) “Edible insects: future prospects for food and feed security” available to www.fao.org/forestry/edibleinsects/en/.
(5) Carlo Spinelli – Steaks ant and other gastronomic stories – Baldini & Castoldi 2015.
(6) Risk Profile related to production and consumption of insect as food and feed – EFSA Journal 08/10/2015.